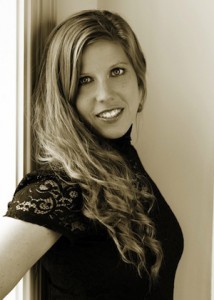 Long an advocate for quality musical arts in the community, Emily Edgington Andrews is extremely active in Columbia, working with children and adults at every level of their musical development.

Emily is a first-year Ph.D. candidate in music education at the University of Missouri, where she conducts the MU Women’s Choir, co-conducts Concert Chorale, and teaches various courses in music. In addition to her work at MU, she is the Artistic Director and a Conductor for Choral Arts Alliance of Missouri, an organization that offers exceptional choral experiences accessible to everyone from youth to adults. Emily is in her eleventh year as one of the vocal music teachers at Columbia Independent School, the city’s only non-sectarian college preparatory campus, conducting two of the six ensembles for students in grades 4-12. Additionally, this year marks her thirteenth as conductor at the historic Sacred Heart Catholic Church in Columbia, MO, where she maintains a thriving music program, conducting the 45-member Adult Choir of volunteer and paid musicians. She also serves as the Assistant Conductor for the professional chamber vocal ensemble, Prometheus: An American Vocal Consort.

Emily regularly serves as a guest clinician and adjudicator, and is an active member of the American Choral Directors Association and the National Association for Music Education. Emily received her degrees in Music at Truman State University, Kirksville, Missouri (B.A.; M.A.) and at the University of Missouri (M.M.). 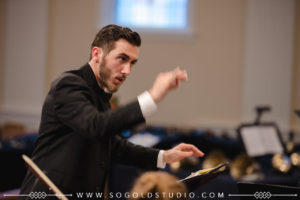 Jordan Blane Walker, tenor, attended both Evangel University for his degree in music education (BM) and the University of Missouri where he worked on a master’s in choral conducting (MM) with Dr. R. Paul Crabb.  An active chorister and director, Mr. Walker has performed with and directed/assistant directed numerous choral ensembles including Vox Nova, Springfield Mid-America Singers, Husky Harmony (3rd-5th grade after-school choir), Columbia Chorale (CAAM), Primo Choir (CAAM), Women’s Chorale (University of Missouri), the church choirs of First Presbyterian Church of Columbia and First Presbyterian Church in Fulton, Battle High School Vocal Arts ensembles Siren Sound and Apollo, and University Singers (UM).  Jordan has also performed the title role in The Mikado, Guglielmo in Cosi fan Tutte, Barnaby Tucker in Hello, Dolly!, and Charlie Brown in You’re a Good Man, Charlie Brown, as well as working as stage manager for the spring 2016 Show-Me Opera production of Le Nozze di Figaro under the direction of Christine Seitz.  Mr. Walker is currently an elementary music teacher in the Columbia Public School District and looks forward to fostering a culture of choral singing among younger singers as well as nurturing a mindset of critical thinking, self-dependency, competence, and self-efficacy with students. 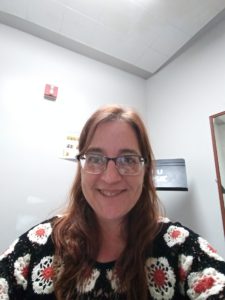 Amy Crousore is a local performer, accompanist and teacher of piano, organ and voice. She received her degree from Heidelberg College, where she received full scholarship in Organ Performance, and Western Illinois University, where she studied the Alexander Technique under Dr. Felix Manning. She has toured as accompanist throughout the Midwest and Eastern U.S. and has played for soloists from around the world. She is the organist at Columbia United Church of Christ and accompanist at Columbia Independent School, Columbia College, MU, and Stephens College. 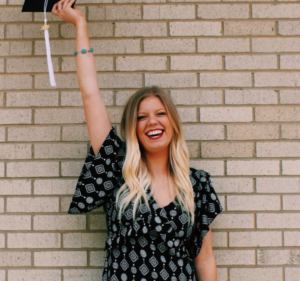 Amanda Furtick is a recent University of Missouri graduate, where she studied Vocal Music Education with a concentration in piano. During her undergraduate, she was heavily involved in several collegiate choirs and operas, accompanied the MU Women’s Choir and several vocalists, and taught private piano/voice lessons to students in grades K-12.

She currently teaches Pre-K – 8 music at Saints Peter and Paul Catholic School in Boonville and works as the church pianist for Trinity Presbyterian Church in Columbia. In addition to teaching and accompanying, Amanda has also vocally directed with TRYPS, a local theatre troupe, and has enjoyed various performing opportunities as a soprano, such as the Southside Philharmonic Orchestra’s early baroque program and the Bach Collegium Choir.

As someone who developed her passion for music in early middle school, Amanda is an advocate for using music as an outlet and safe space during a time when students are figuring out who they are and is excited to be a part of the CYC family! 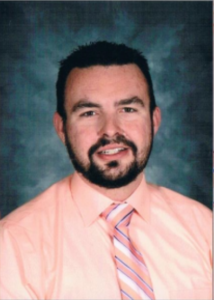 Brian Parks is excited to join the Choral Arts Alliance of Missouri family in the fall of 2019, where he serves as accompanist for Cambiare and Bella Voce and sings in the bass section of the Columbia Chorale. For the past 10 years, he has been a music educator at both private and public schools throughout central and northeast Missouri. Brian currently serves as Director of Vocal Music for the Macon County R-I School District, where he teaches 6th grade music, directs five curricular ensembles, and serves as the music director for MHS theatre productions. Brian regularly serves as an accompanist and adjudicator for music festivals across the state and was appointed in 2017 to serve on the Missouri Department of Elementary and Secondary Education workgroup that revised the curriculum standards used in PK-12 fine arts classrooms across the state. He holds degrees from Missouri Baptist University (Bachelor of Music Education, 2010; Educational Specialist, 2018) and the University of Missouri-Columbia (Master of Education, 2013).